We Are Under Way with the Build

From Tuesday last things really started to happen with a 3.5 ton JCB excavating as necessary for foundations for the extension. The steeply sloping site has meant that a great deal of thought and calculation has had to go on beforehand. The finished floor level (FFL) is somewhere near half way up the embankment and the actual foundations are something like 1200mm below that so a lot of earth and boulder clay has had to be moved, mostly to be re-located on site.

In just four days most of the digging has been done. The pictures do not reflect the magnitude of the task.

Below is our existing summer house, with its balcony removed and sitting rather high and dry. Below is the temporary digger access road, which may remain as part of the eventual landscaping, this going a long way to taming the formerly ungardenable slope: 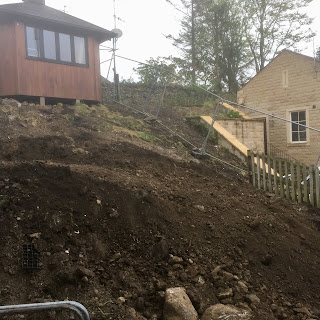 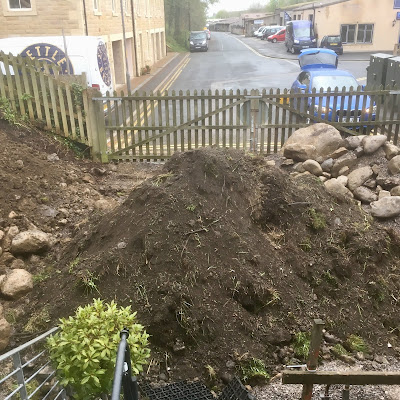 The Sidings entrance area has become a temporary store for some topsoil and a huge number of glacial boulders which will be incorporated into the slope as has been done with success at the north end of the site.

Ground conditions are exactly as had been predicted with lots of good but previously unused topsoil below which is heavy boulder clay.

The extent to which the steep embankment has been tamed is seen below: 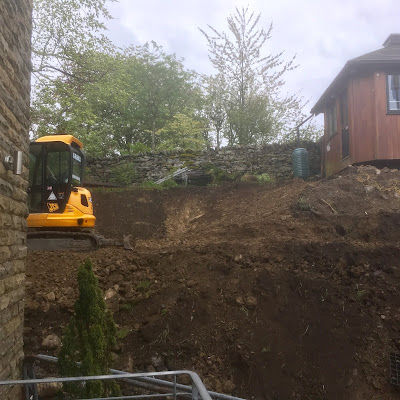 Posted by Settle Station Water Tower at 12:56 No comments:

In glorious sunshine yesterday we hosted a group of visiting journalists who were doing features on Settle.   Their first port of call was the water tower. 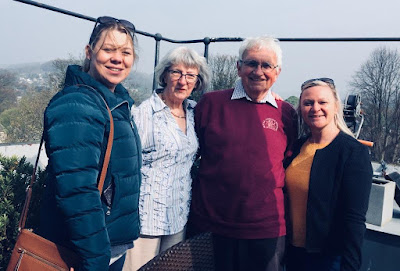 Here we are with two of the group.   The leafless trees confirm the time of year.

Posted by Settle Station Water Tower at 08:55 No comments:

What a steam-fest there was here on Saturday.   Three steam trains charging through Settle during the day.   First came a  double-headed 'The Citadel' at 1043 heading north, seen here at Ribblehead: 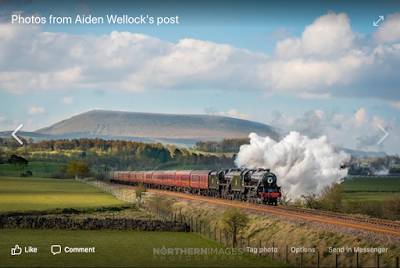 Not long afterwards came Tornado with The Border Raider, seen here at Carlisle setting off for her return south via Settle: 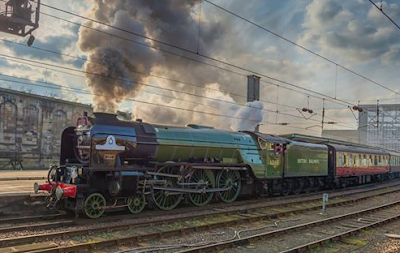 Posted by Settle Station Water Tower at 09:12 No comments:

See the current issue of RAIL, on sale now, for an (ahem) exceeding well written fifteen page feature to mark the 30th anniversary today of the saving of the Settle-Carlisle line from closure. Hurry while stocks last. Thank you Michael Portillo and many others. 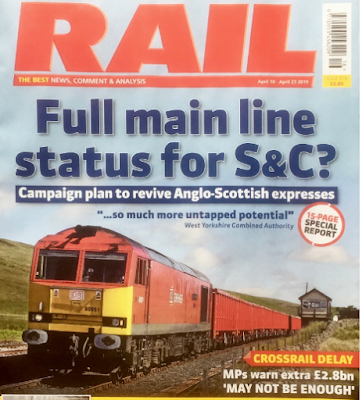 Posted by Settle Station Water Tower at 09:34 No comments:

A couple of novel views of the water tower posted on Facebook by one of the local holiday cottages: 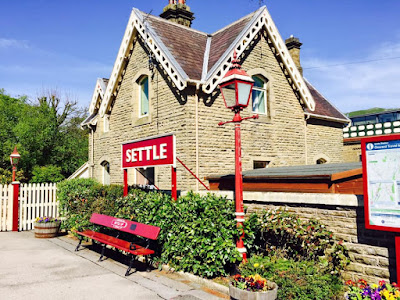 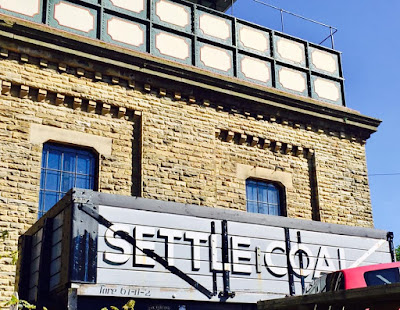 Posted by Settle Station Water Tower at 08:57 No comments: