Well, it has snowed overnight, but not much.   Here is camera-shy Gerald partridge tucking in to breakfast: 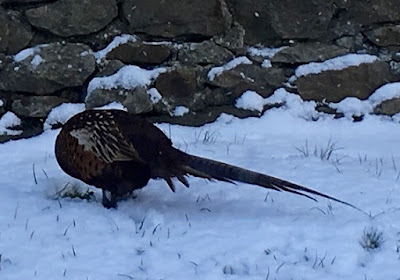 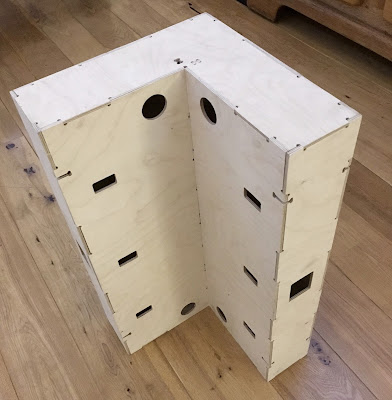 Posted by Settle Station Water Tower at 08:50 No comments:

Serious Winter is Coming, They Say

Arctic or Siberian weather is coming the UK's way during the coming week.   We shall see.   Meantime we have had a gloriously sunny winter's day today so I thought I would take these pictures for the record: 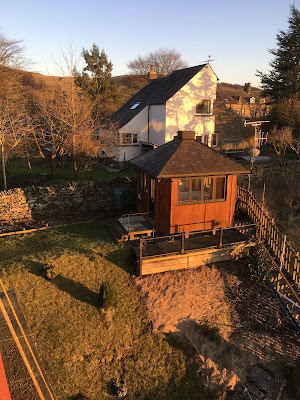 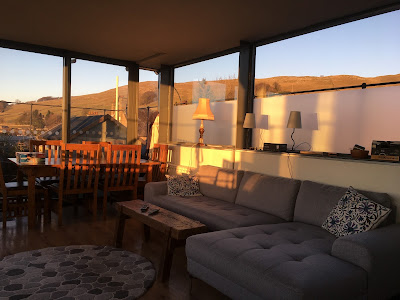 We have inherited a splendid sofa / day bed (above) which suits the roof room admirably in every respect.   Ignore the clutter on the window ledges.   I have spent much of today (Sunday) up in the roof room with the log stove and the Sunday Telegraph for company.   That room in the sky is at its cosy best when the weather outside is awful so I await the coming week with cautious glee. 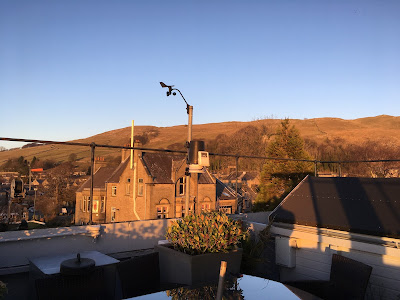 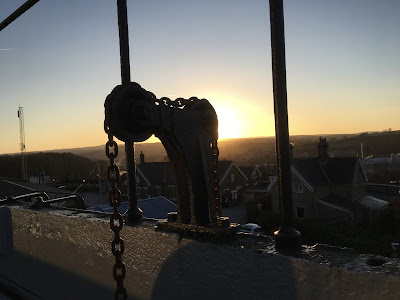 If the shock-horror weather reports are correct these may be the last pictures of life as we have known it before we succumb to the next ice age.

For the benefit of smug former colleagues living in Australia I shall report further.


Posted by Settle Station Water Tower at 18:20 No comments:

Just came across this picture on Facebook.   I don't think I have seen it before.   It was taken on 17th February 17th 1979 at Ais Gill, near the summit of the line where a train from Carlisle to Willesden was well and truly stuck for a couple of days. 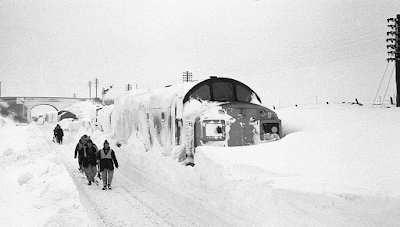 The locomotive looks very, very cross about it all.
Posted by Settle Station Water Tower at 08:58 No comments:

What a Wonderful World

Just five days after my midnight operation and here I am strolling across Settle's visitors' coach park towards Towhead Surgery to have my wound dressing changed and this is the view in front of me: 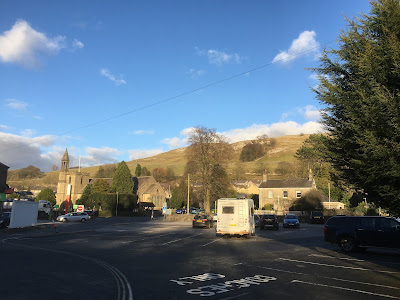 Just one motor caravan betrays Settle as a tourist place at all.   The surgery is behind the big tree in the centre and behind that is the magnificent limestone contryside which stretches on for miles.   The best in the World it is said.   What a place.

The wound is clean, dry and to all appearances almost healed.    What a contrast from my childhood (perhaps ten-ish) experience of having my appendix removed at St James's in Leeds.   Two WEEKS in bed in hospital and then back home by ambulance.

Leeds in those days had a fleet of huge great Daimler ambulances which floated along almost silently, or so it seemed to me.   I wonder if any of them survived?

And here's the answer - yes - quite a few in fact: 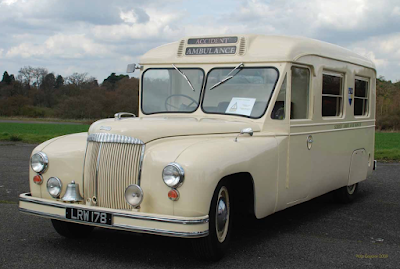 Wikipedia (what else) tells the tale.   Nobody in post war Britain could supply the country's ambulance needs - except the German Daimler company!   Mechanical parts were assembled in Coventry and luxury car body builders more used to Rolls Royces did the bodies.   They had 4.1 litre engines and did 8.5 miles to the gallon, which makes our model T seem frugal.   This example was a Surrey ambulance.
Posted by Settle Station Water Tower at 17:24 No comments:

It never rains but it pours.

Last Thursday afternoon I confined myself to bed, suffering from excruciating (in male terms) abdominal pain.   Pat got me an emergency appointment with Settle GP Dr Ruth Derham who correctly (as it turned out) diagnosed a blocked intestine and referred me straight to hospital as an emergency, offering us Airedale or Lancaster.   We drove to Airedale rather than call an ambulance as it would be quicker (the joys of country living).

Nice private room on surgical ward 14 where I spent the evening being violently but rather unproductively sick to compliment the pain.   Intravenous painkillers and anti-sickness drips sorted that.  It had to be operated on immediately BUT I am on blood thinning drug Clopidogrel so two bags of blood platelets were brought by motor cycle from the Bradford Royal Infirmary and then off to theatre at 2130.   Back on ward at 0130, having had my small intestines put back where they should be.

Surgeon this time was on-call consultant Tarig Ahmed.   No photo as he is shy but what a guy.   In the face of a doubting diagnosis from a registrar who had advised that I should re-commence eating and go home(!) he was in no doubt and ordered a CT scan.   Then he, and a team of course, burnt the midnight oil and operated, despite which he was doing his ward rounds at 0800 that morning, when I was awake enough to shake his hand and thank him.

It is now Sunday and I am back home, feeling like a new man.   That was my fourth admission to Airedale in three years or so.   I am becoming a life member of the Theatre Four Anaesthetic Room Appreciation Society.

We read so much about the NHS these days.   On my experience the system must be the best in the World.

I like to include relevant pictures in these postings but I am challenged with this one.  So here goes: 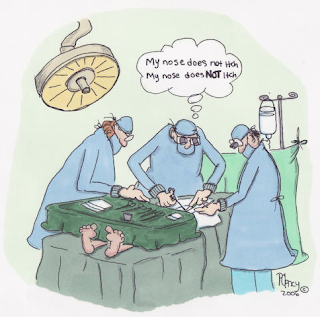 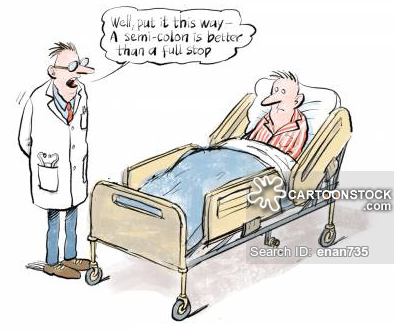 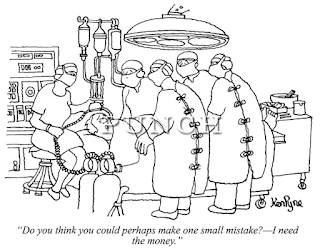 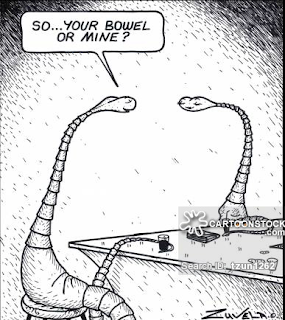 Posted by Settle Station Water Tower at 18:08 No comments:

Our darling grandson Ben (9) is staying with us for half term.   Here he is, in the Land of Nod, sweetness personified: 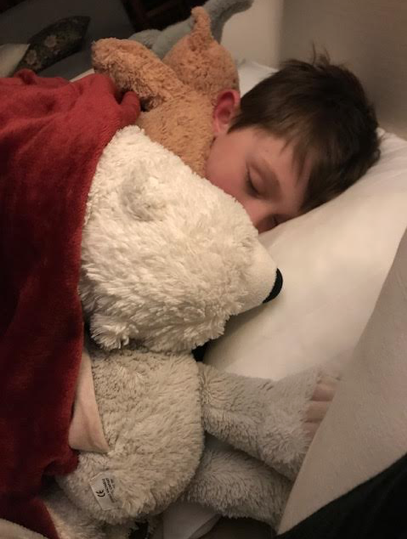 At lunchtime yesterday the conversation got a bit giddy and jokes were exchanged.

Darling Ben, anxious to be very grown up posed this question to a shocked family:


I do not want to shock but be honest just like everybody else, you thought it was going to be fu 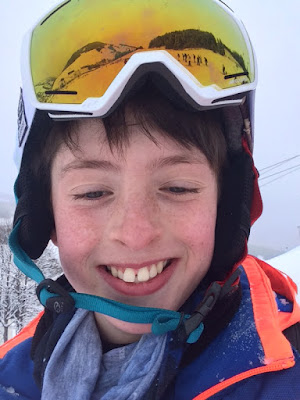 Sent from his iPhone on top of a mountain.

Posted by Settle Station Water Tower at 11:59 No comments:

Once in a Blue Moon

Awoke at 0500 this morning with light streaming through a bedroom window.   It was the Blue Moon phenomenon.


The Ribblehead web camera cught this amazing image as the first train of the day had just crossed the Ribblehead Viaduct: 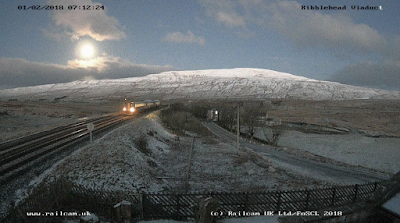 The snow covered Whernside at that moment is lit by both sunlight and moonlight.
Posted by Settle Station Water Tower at 09:01 No comments: