Various friendly air forces treat the Yorkshire Dales to some spectacular low flying almost daily.   The geography and the sparse population make it ideal.   This is from a local Facebook posting today and shows a big military aircraft posing nicely in front of Pen y Ghent.

Most days, or so it seems, we get the incredible looking machines pictured below overhead and low down, always going from east to west: 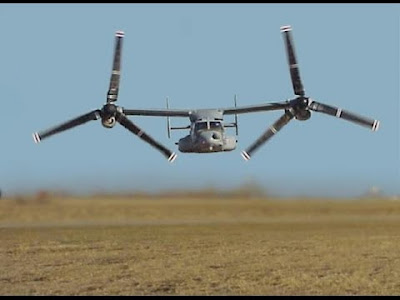 I think they are Bell-Boeing V22 vertical take off and landing aircraft.   In level forward flight, as over Settle, they make a devil of a noise and look very odd with those enormous propellers.   Stealth aircraft they are not.   We had a couple in formation yesterday. 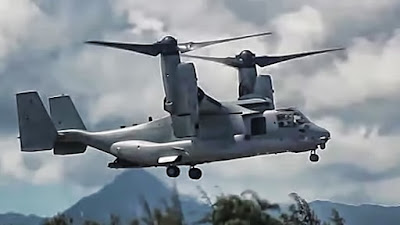 I wonder if they find our SETTLE lettering on the tower roof at all reassuring?

Posted by Settle Station Water Tower at 17:07 No comments:

I came across these alarming pictures on the Blog of the British Water Tower Appreciation Society*.   They show a water tower at  Witney, Oxfordshire whose tank burst on 1904 for want of adequate bracings inside.   They fixed it and it apparently burst again in 1905!

You can read the full story at http://bwtas.blogspot.com/2018/08/history-repeating-itself.html 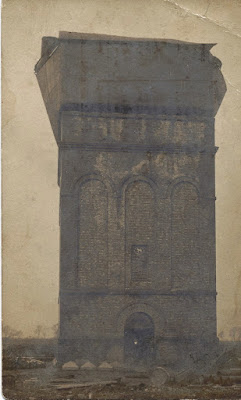 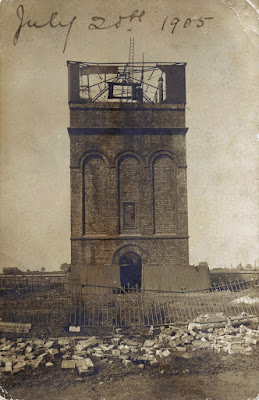 If somebody in centuries to come ever thinks of re-filling our tank with water - beware!!!

We removed the forest of wrought iron bracing rods from inside the tank.   Having taken expert advice.

* The British Water Tower Appreciation Society (BWTAS) actually exists - and a jolly fine bunch of people they are too.   Even so, when I do talks about the water tower and I mention BWTAS the audience always bursts into disbelieving laughter.   It certainly pushes the boundaries of credibility though.   I have a friend, Prof. Paul Salveson, who is a director of The British Tripe Marketing Board.   Now, that one IS a spoof - yet it has a convincing enough website:

Posted by Settle Station Water Tower at 09:49 No comments:

We're having a heatwave.   In February.   Yesterday we had lunch on the roof in 'summer' sunshine and I had to retire indoors as I was just too hot.   Our weather station was showing a 'feels like'* temperature of 20.8 degrees. 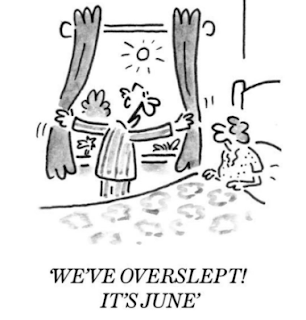 * Feels-like is a combination of air temperature and relative humidity.   You needed to know that.
Posted by Settle Station Water Tower at 09:12 No comments:

Neither Pat nor I have felt the inclination or the need to drive ex son-in-law Alan's Mitsubishi Shogun as it is big, thirsty - and an automatic.   Its 3.5 litre V6 (I think) engine sounds throaty and it goes like a rocket.

Daughter Lorna has one too and she has been here over the weekend so, in a twist of circumstances, she has taught us both how to drive the automatic monster.   Here we are, both looking triumphantly smug. 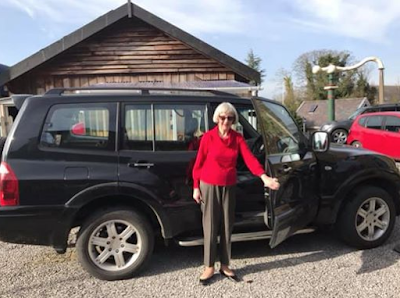 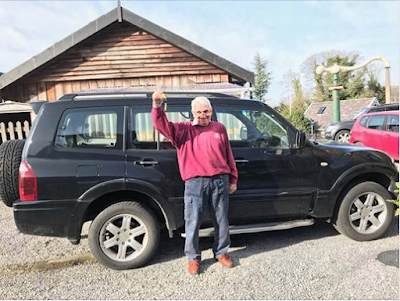 It is a 2003 Shogun Warrior with just 44,000 miles on the clock.   Hardly run-in really and with all the bells and whistles, including heated front seats.   And, as of today, a reversing camera.   Handy for those of us with broken necks!
Posted by Settle Station Water Tower at 17:08 No comments:

So sad to report here the death at 52 of Richard Kilburn - the Kilburn of our ace builders Kilburn and Johnson.   I shall always remember Richard telling me, in no uncertain terms "We don't need no project manager".   He was right too.

This Blog features quite a lot about Richard and his reluctance to be filmed.   So much so that I nicknamed him The Stig, after the unseen hero of TV motoring show Top Gear.   For many months the best picture I could get of Richard was his builder's backside.   Here is an example: 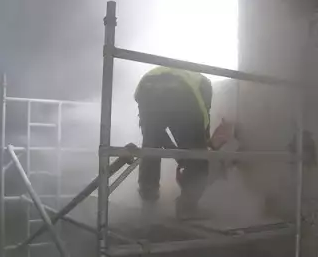 He eventually yielded to the inevitable and relaxed a little: 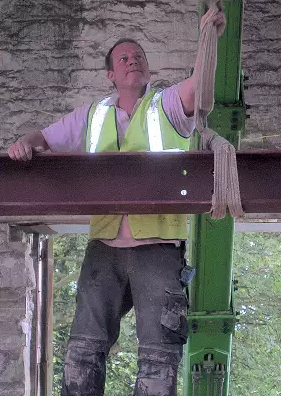 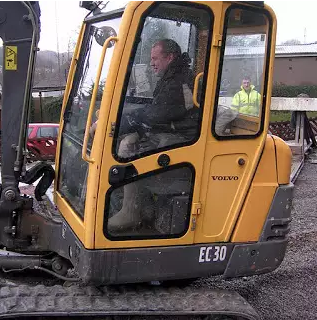 He even did a TV interview with Restoration Man George Clark but it wasn't used, probably much to Kipper's relief.

He was a hard taskmaster to his team though, insisting on the highest of standards always.   Apprentice Tim had what I imagine was Richard's own tough time of it when he started in the building trade.

I am glad I bothered to take this final picture of Richard (Kipper) Kilburn's brush: 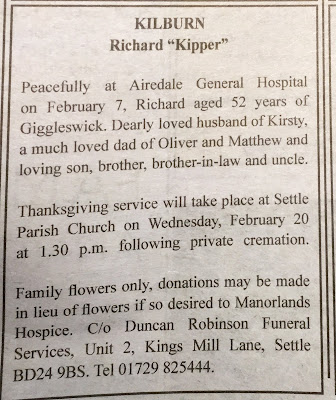 Well, Kipper's funeral has taken place with a massive - indeed overflowing attendance at Settle church.   I was in the overflow in the church's entrance lobby where one could only hear occasional snatches of the words, despite the amplification system but I did hear the Water Tower and Restoration Man getting an honourable mention.   A right-good-do though.

Posted by Settle Station Water Tower at 18:25 No comments:

Yesterday was another railway strike day in the north of England so no scheduled passenger trains on the S&C but there was one, mag-nif-i-cent double headed steam train over the line:

RailCam quickly put together the compilation of views from each of the four S&C cameras - and they were good enough to credit FoSCL at the end.   As the frozen-fingered ladder-climber who mounted the cameras originally it is great to know that they are giving pleasure to so many people all day and every day.   But especially yesterday.

Now have a look and listen at
https://www.youtube.com/watch?v=lvCzrjGHpX4&feature=youtu.be
for a splendid video by Mike Farrington of the train crossing Ribblehead viaduct against the setting sun.   Have you ever wondered how the drivers of two steam locomotives coordinate their efforts?   Answer - Morse code on their whistles - sound on, listen and learn. 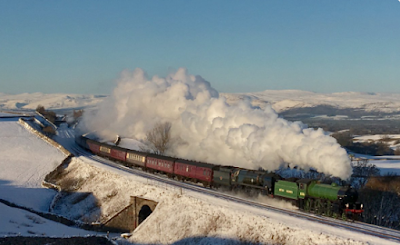 
Posted by Settle Station Water Tower at 10:11 No comments:

Google Street View is an amazing thing.   Immensely useful if you're a burglar, a surveyor or just plain nosy.   This was taken in August 2016 when I was in a mood to add to local colour and fun: 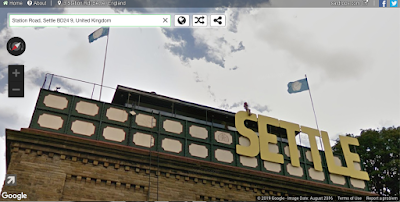 Posted by Settle Station Water Tower at 10:06 No comments: