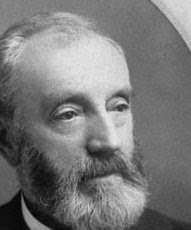 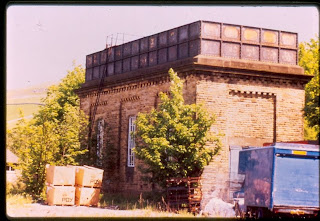 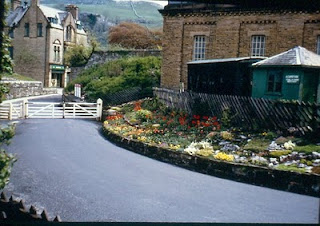 Some historic pictures of the water tower:
1. Samuel Waite Johnson, the Midland Railway's locomotive superintendent whose signature appears on the water tower plans dated 1874
2. Unknown date but appears to be some time after disposal by British Rail
3. ? 1960s showing coal merchants cabins (one a railway body), gated station driveway and well tended gardens. This view has been restored with the removal of trees during December 2010.
4. ? 1950s. A goods wagon rests against the buffer stop at the end of the sidings. 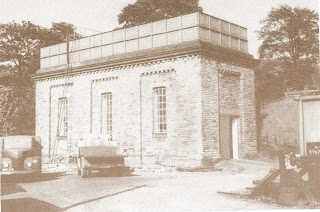 Posted by Settle Station Water Tower at 18:05 No comments:

A note left by the stable builders

Four large stables were constructed in the tower in May 1939 when war was threatening. This note, along with a cigarette card of the time, was found in a rusty tobacco tin at the end of an inserted stable beam. One wonders if the stables here, and perhaps elsewhere, were built in anticipation of war and the probable shortage of motor fuel. The horse was then still a fairly routine means of haulage and the war may have given them renewed usefulness.

Posted by Settle Station Water Tower at 15:47 No comments:

Article from the FoSCL Magazine, assessing the tower's relevance to the line in general

Almost hidden by trees, part covered by ivy and often unnoticed by visitors to Settle is a remarkable survivor of the steam age - the Settle Station Water Tower, or Tank House. These structures were once familiar features of the railway scene. Their function was to store water at a sufficient height above the railway and in sufficient volume to enable thirsty steam locomotives to fill their tenders quickly.

Several survive in working condition on preserved steam lines but elsewhere they were demolished with little ceremony on becoming redundant. Even on the Settle-Carlisle line where main line steam now flourishes the large tank house at Garsdale, identical in size to Settle's, was demolished in 1971. Only its foundations remain. At Appleby there is a relatively new tank, provided in 1991 for steam's revival by the local Round Table. Situated at the south end of the up platform it serves to top up today's steamers before they attempt the Long Drag. The next supply above Settle used to be at Blea Moor, then Garsdale troughs, put there in 1907 and lifted in 1969. A viable water supply remained at Garsdale for some time but a hard winter put paid to the valves and it was never reinstated. The steam operators got round the problem by taking water from road tankers, usually at Long Preston - at some cost and inconvenience. Watering facilities are also being provided at Hellifield.

It is remarkable that the tank house at Settle has survived. None of the other S&C tank houses have. One good reason is that it is a listed building, along with the other station buildings at Settle so survival was a legal obligation. That apart, the only materials used in its construction are stone, mortar, cast iron and glass. It contains almost no wood so there is nothing to rot or to catch fire.

For a little place like Settle it is curiously large. The tank held 43,000 gallons - about 150 tons of water. Its walls and foundations are inevitably massive. The tank's component plates, each four feet long and held together every six inches by enormous bolts are of inch thick cast iron. Heavy metal stays cross the tank inside to withstand the sideways pressure of water. Diagonal iron braces hold the structure perfectly square across the corners and at the junction of the sides and base. Huge cast iron beams support the tank every four feet. The water inlet, outlet and overflow pipes and valves are still there. An outside fixed steel ladder once gave access to a wooden bridge across the width of the tank, alongside which are two pairs of pulley wheels which once connected to an inside float and an outside water level indicator.

Horses were stabled below the tank - the remains of four stalls can still be seen on the stone floor - post holes and worn stone setts show where horses have scrubbed their hoofs between days of heavy haulage. The most wear is on the floor of the stall nearest the door. The wear decreases towards the furthest stall, unsurprisingly. The stables were not always fully occupied apparently. The stables were only put there in May 1939 - perhaps by a railway that was certain of war but far from certain of supplies of motor spirit?

Remarkably, Network Rail still have on file the construction plans for the Settle water tower - or at least a microfiche of them. The originals, dated 1874 no longer exist - unless somebody out there has them.

The real puzzle is why Settle's water tower is so large. The tower served water cranes on the up and down platforms at Settle Station and far exceeds the needs of locomotives using Settle's former goods yard. One supposes it was so generously proportioned to serve the needs of engines that were about to attempt the Long Drag northbound and to replenish the supplies of southbound engines that had laboured up Mallerstang. However, drivers of heavy northbound trains may have regarded Settle as a water supply of last resort. Situated as it is on an uphill gradient of 1 in 100 it could have been difficult for heavy northbound trains to get going again. There was always the water tank alongside the up line at Blea Moor but it was considerably smaller than Settle's. Perhaps that is why the Midland Railway went to the trouble and expense of providing water troughs at Garsdale just twenty years after it had gone to the expense of building Settle's extravagant water tower. The Garsdale troughs, themselves with a capacity of between 5,000 and 6,000 gallons were also supplied from a 43,000 gallon tank, though the trough tank was not set atop a tower, being just a few feet above the troughs. Later still, in 1941 a further supply was provided by the down side loop at Blea Moor.

Blea Moor's original up side water tower though smaller in overall capacity than Settle's was deeper and the tower there had a chimney - presumably for a pumping engine and to provide heat to avoid freezing at that exposed location. Garsdale's station water tower appears from photographs not to have had a chimney - though the supply to the water troughs to the south is reported to have been heated. Maybe the heat rising from the stabled horses served to deter the Settle tank from freezing.

On the other side of the summit there were water tank facilities at Kirkby Stephen, Appleby , Lazonby and Carlisle Durran Hill

S&C former signaller Derek Soames remembers horses being stabled at the Settle water tower but the only train he can recall using Settle's water supply was the Hawes branch train - the so-called Bonniface. A fill-up at Settle would see them through to Hawes, where there appears to have been no water tank, and back perhaps.

There was sufficient water in the tank at Settle to supply the water needs to eight of the largest locomotives without it needing to be replenished. It is said that the Settle water supply came from further up the line, maybe from the Langcliffe or Stainforth areas. Certainly there is a plentiful supply in the rock cuttings there as the spectacular ice displays in winter still testify. It would be interesting to have confirmation of this and whether or not the water supply from the Settle tank was used by local industry apart from the railway.

If anybody had any other information about locomotive water arrangements on the Settle-Carlisle line generally and at Settle especially, do please let me know.

I acknowledge the wealth of detail contained in the splendid work, now sadly out of print,